This post can be titled as “How i found out about my pregnancy” too. It will be all about the symptoms i had etc. Will try not to make it too wordy. Haha! Decided to blog it out since im bored at work and i wanna blog it just in case i’ve forgotten it after years. Life is never easy so is making a baby. If you’ve read my 1st blogpost posted on the 1st of January 2012, and had read about my 2012 resolutions, you will know that i want a dragon baby 🙂 I’m glad that i actually have “2” dragon babies. I’ve lost my 1st little dragon on the day before Christmas eve in 2011 and it felt like my life has been taken away. Felt depressed for a period of time but still, i would want to try for another one since its still not too late. 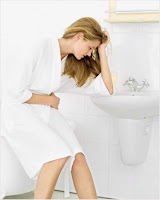 My last period was on the 9 January 2012. A week right after Chinese New Year, i started to feel like a zombie. Dreading to school or even getting out of my comfortable bed. Soon after, i turned into “merlion“. Vomited several times in a day and it continues for about 15 days! In between the days, i’ve consulted 2 different doctors and both said that my stomach was filled with “wind“. First time in my life, i vomited for so long and my stomach just get flatter each day. A no-proper-food-intake during that period and yea, i’ve lose kgs!

At that particular day, i’ve enough of vomiting as it hurts my stomach and chest badly that i’ve decided to cab down to NUH emergency department. I can’t even stand upright or really walk. The few waiting hours really tested my endurance cause i can vomit anytime at anywhere. After answering a long list of questions and done urine test, the result came out was positive, again! Instead of feeling happy, felt the fear in me of having the same incident may happen again. The weirdest thing was, im actually about 2 months or 2 months plus pregnant!
Back home, at the middle of the night since i cant sleep, talked to the sky and stars again. (Ok, call me an idiot or whatsoever, but its a habit of mine since young.) Thank God for hearing me out and giving me another chance.

After the previous incident, HG has been watching my diet very closely and he became very naggy too. Haha! Food like spicy, raw, cold, seafood etc i cant have it! Having strong cravings like steak, steamboat, sushi buffet and BBQ food but totally cant have it! Tried to cut down drinking too many cups of coffee in a day and totally no coke or pepsi for me. But i’m totally addicted to chocolates and milo! Haha! At least a bar of chocolate a day is a must for me! At the same time, i’m worried that my dragon baby is a female too.
Read up many articles, forums, books about pregnancy and Google-d almost everyday about the symptoms of having a boy/girl etc. From many articles, they say that if a pregnant woman always craving for my sweet or chocolate, she’s expecting a girl! Trying hard to watch what im eating cause i want a boy.
Back home with the news and decided to keep it low as i haven’t hit the 3rd month. Chinese prefer to break the news after the baby is stable. Partly also because of the previous incident so we dont wish to announce it at that point of time. No objections from anyone except certain heartless humans from HG’s side. Of course it made me mad. Asking me to give my baby away for adoption is a NO-NO for me. He* should remove his status of being called as a Pastor. People who have suggested to me about it, i wont forget or even forgive.

Wanna be the 1st to get updates?
Subscribe to the email newsletter below!